Harvard Medical School Guide to Tai Chi. Conventional medical science on the Chinese art of Tai Chi now shows what Tai Chi masters have known for centuries: regular practice leads to more vigor and flexibility, better balance and mobility, and a sense of well-being. Cutting-edge research from Harvard Medical School also supports the long-standing claims that Tai Chi also has a beneficial impact on the health of the heart, bones, nerves and muscles, immune system, and the mind. This research provides fascinating insight into the underlying physiological mechanisms that explain how Tai Chi actually works. Besides presenting the science behind Tai Chi, this book is a great introduction to Tai Chi.

Harvard's Ranking of the 5 Most Effective Exercises Includes Something for Everybody. Harvard Medical School says Tai Chi is one of the 5 most effective exercises. 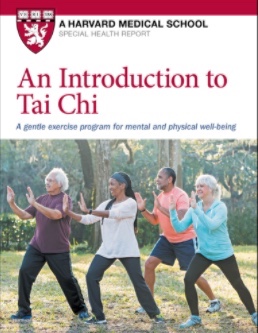 An Introduction to Tai Chi. A new special health report from Harvard Medical School. Mind-body exercises, such as tai chi and yoga, have been gaining popularity over the past few decades. This is not surprising, given the increasing number of studies on the positive effects of these gentler forms of exercise—everything from lowering blood pressure and managing depression to building strength and improving balance. There is even evidence that tai chi may help you live a longer, more vital life.

Tai chi, the winner at warding off falls - Harvard Health.

Can Tai Chi and Qigong Postures Shape Our Mood? Toward an Embodied Cognition Framework for Mind-Body. Research. Dynamic and static body postures are a defining characteristic of mind-body practices such as Tai Chi and Qigong (TCQ). A growing body of evidence supports the hypothesis that TCQ may be beneficial for psychological health, including management and prevention of depression and anxiety. This paper defines Tai Chi and Qigong as equivalent.

Qigong Mind-Body Exercise (QMBE) as a Biopsychosocial Therapy for Persistent Post-Surgical Pain in Breast Cancer: A Pilot Study. Harvard Medical School research determines QMBE is a safe and gentle multimodal intervention that shows promise in conferring a broad range of psychosocial and physical benefits for breast cancer survivors. Note that they clearly state that Qigong provides psychosocial and not just physical benefits. This is a very important result that confirms Qigong's effect upon non-physical conditions. This, in turn, is important because there is a strong relationship between the mind (biopsychosocial) and body (physical) in healing.

How meditation helps with depression. A regular practice can help your brain better manage stress and anxiety that can trigger depression.

What are the health benefits of tai chi? Dr. Anthony Komaroff, Harvard Medical School, answers the following question: "I’m getting older and need to find a new way to keep fit. I’ve heard that tai chi might be a good option. Can you tell me more about it and its health benefits?".

A Harvard doctor says these are the best exercises for your body. Included are Tai Chi and Kegel exercises, a Qigong practice helping to protect against incontinence and strengthen the prostate.

For over 50 years, scientists at the Institute for Aging Research, an affiliate of Harvard Medical School, have been studying what causes falls among the elderly, and how to prevent them. According to researchers, one of the most promising interventions is Tai chi, the ancient Chinese martial art, also known as “meditation in motion.” It offers senior practitioners inner peace, and improves balance, flexibility, and mental agility. It also reduces falls, the largest preventable cause of death and injury among older adults.

Test subjects taking part in an 8-week program of mindfulness meditation showed results that astonished even the most experienced neuroscientists at Harvard University.  The study was led by a Harvard-affiliated team of researchers based at Massachusetts General Hospital, and the team’s MRI scans documented for the very first time in medical history how meditation produced massive changes inside the brain’s gray matter. Read Article. Read Article. 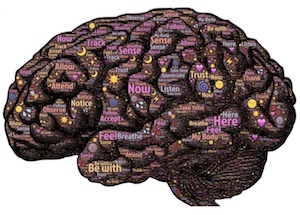 Meditation may help you catch mental mistakes - Harvard Health. Meditating for 20 minutes can help people recognize mental mistakes and, perhaps, avoid them in the future, according to a recent study.

Systematic review finds the use of MBSR and MBCT alleviate symptoms, both mental and physical, in the treatment of cancer, cardiovascular disease, chronic pain, depression, anxiety disorders and in prevention in healthy adults and children.

When researchers from Johns Hopkins University in Baltimore, MD sifted through nearly 19,000 meditation studies, they found 47 trials that addressed those issues and met their criteria for well-designed studies. Their findings, published in JAMA Internal Medicine, suggest that mindfulness meditation can help ease psychological stresses like anxiety, depression, and pain.

Relax - it's good for you. Researchers at Harvard Medical School completed a comprehensive scientific study showing that deep relaxation changes our bodies on a genetic level. What they discovered is that, in long-term practitioners of relaxation methods such as yoga and meditation, far more ''disease-fighting genes'' were active, compared to those who practised no form of relaxation. The research is pivotal because it shows how a person's state of mind affects the body on a physical and genetic level.

Harvard Yoga Scientists Find Proof of Meditation Benefit. Unlike earlier studies, this one is the first to focus on participants with high levels of stress. The study published in May in the medical journal PloS One showed that one session of relaxation-response practice (i.e. the meditation component of qigong or yoga) was enough to enhance the expression of genes involved in energy metabolism and insulin secretion and reduce expression of genes linked to inflammatory response and stress. There was an effect even among novices who had never practiced before.

Meditation offers significant heart benefits. Meditation can be a useful part of cardiovascular risk reduction. It appears to produce changes in brain activity that can lead to less sympathetic nerve outflow from the brain to the rest of the body. It also can lower heart rate, blood pressure, breathing rate, oxygen consumption, adrenaline levels, and levels of cortisol, a hormone released in response to stress. There are many types of meditation that can result in physiological benefits, such as guided meditation, transcendental meditation, and mindfulness meditation. It takes at least 10 minutes of meditation per day to get the physiological benefits.

What meditation can do for your mind, mood, and health. Meditation is an effective way to reduce stress, anxiety, pain, and depression. There are many different forms of meditation, including transcendental and mindfulness. Women are encouraged to experiment until they find the meditation form most effective for them.

Eight weeks to a better brain. Participating in an eight-week mindfulness meditation program appears to make measurable changes in brain regions associated with memory, sense of self, empathy, and stress. In a study that will appear in the Jan. 30 issue of Psychiatry Research: Neuroimaging, a team led by Harvard-affiliated researchers at Massachusetts General Hospital (MGH) reported the results of their study, the first to document meditation-produced changes over time in the brain’s gray matter. “Although the practice of meditation is associated with a sense of peacefulness and physical relaxation, practitioners have long claimed that meditation also provides cognitive and psychological benefits that persist throughout the day,” says study senior author Sara Lazar of the MGH Psychiatric Neuroimaging Research Program and a Harvard Medical School instructor in psychology. “This study demonstrates that changes in brain structure may underlie some of these reported improvements and that people are not just feeling better because they are spending time relaxing.” 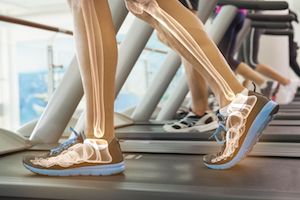 Tai Chi helps ease chronic pain. Tai Chi can benefit people with osteoarthritis, rheumatoid arthritis, fibromyalgia, tension headache, and other ongoing, painful conditions. The results of one study of a Harvard study on Tai Chi for fibromyalgia were published in the New England Journal of Medicine.

Walking backwards is a classic Qigong/Daoist practice. It has also been recently re-discovered in the west as a complementary exercise providing many mind and body benefits.

Can you boost your memory by walking backward? 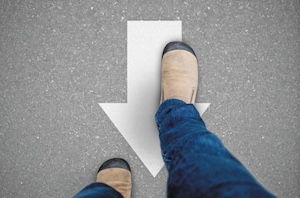 A study shows that moving in reverse may help with short-term memory. More.

Harvard Team Finds 43% Reduction in Use of Health Care Services via Mind-Body Intervention. The study reveals how mind-body medicine could cut health care costs. The understated title of the open access article at PLoS from a Harvard University–Benson-Henry Institute mind-body team is “Relaxation Response and Resiliency Training and Its Effect on Healthcare Resource Utilization.” Note that "relaxation response" is an intrinsic benefit of Qigong practice. The team examined service use of more than 4000 patients in the Relaxation Response Resiliency Program (3RP) and compared them with an usual care cohort. The findings: “At one year, total utilization for the intervention group decreased by 43%, clinical encounters decreased by 41.9%, imaging by 50.3%, lab encounters by 43.5%, and procedures by 21.4%.” Measured by dollar, reduction was estimated as “on the order of $2360/patient/year.”

Poor posture does far more than just affect how you look when you are standing or sitting. It can reduce your strength, impair your balance, and potentially lead to other physical problems over time. Stand tall - Harvard Health.

Research demonstrates that lengthening the spine in posture throughout the day increases a number of neurotransmitters associated with healing: “results of this study confirmed our prediction that posing in high-power nonverbal displays (as opposed to low-power nonverbal displays) would cause neuroendocrine and behavioral changes for both male and female participants: High-power posers experienced elevations in testosterone, decreases in cortisol, and increased feelings of power and tolerance for risk; low-power posers exhibited the opposite pattern.” Power Posing: Brief Nonverbal Displays Affect Neuroendocrine Levels and Risk Tolerance.  PMID 20855902. 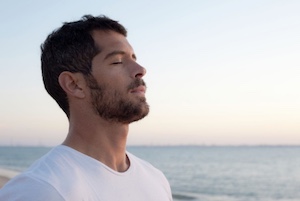 Chronic activation of this survival mechanism impairs health. The Relaxation Response is one technique to counter the stress response.

Tai Chi for Health: Current State of the Research and Challenges Ahead (YouTube 1:09:50). On, April 11, 2013 researchers from across Harvard Medical School came together to share the cutting edge research that is happening relating to Tai Chi. This special edition of the Osher Center for Integrative Medicine's Research Seminar Series was held in honor of World Tai Chi day.

Easing Ills through Tai Chi. Research has found that doing meditative exercises like Tai Chi can affect the brain’s structure and function. Due to your brain’s plasticity, you may be able to improve your cognitive function and offset age-related decline through exercise, stress reduction, learning new tasks, staying socially active, and learning how to focus better – all integral elements of Tai Chi training. Studies have shown that Tai Chi leads to greater improvements in cognitive function, including attention, concentration, and mental tracking, as well as balance. Recent Tai Chi studies suggest that the benefits of exercise on cognitive function are not solely due to cardiovascular fitness, but also to motor fitness, which includes balance, speed, coordination, agility and power.

The slow, flowing motions of tai chi train you to shift your weight while maintaining your balance.Tai chi is an ancient Chinese exercise that can help older adults improve their balance and lower their fall risk. And by reducing their risk of falls, seniors can lower their odds of suffering a debilitating fracture. “In just 12 weeks, I’ve seen people improve their balance and stability and walk faster and farther,” says Stanwood Chang, a tai chi instructor at the Benson-Henry Institute for Mind Body Medicine, part of Harvard-affiliated Massachusetts General Hospital.

Best exercises for Your Body: #2 is Tai Chi

The findings are detailed in a Harvard Medical School health report called "Starting to Exercise" which recommends some of the best exercises for your body. More. 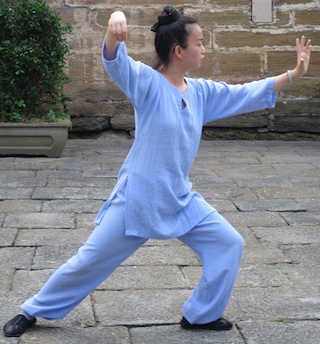 "We saw a 26% decrease in odds for becoming depressed for each major increase in objectively measured physical activity," says study author Karmel Choi, a clinical and research fellow at the Harvard T.H. Chan School of Public Health.

"What our study would say is that any kind of movement [e.g. Qigong or Tai Chi] can add up to keep depression at bay. I think that's why our study findings were especially appealing. It didn't say you have to run a marathon, do hours of aerobics, or be a CrossFit master just to see benefits on depression," More. 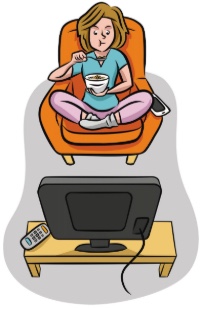 Even brief periods of Qigong or Tai Chi (movement) are good for you. Article. May 2019.